Blackhorse Workshop is a new public space dedicated to making and mending, just half an hour from the centre of London. 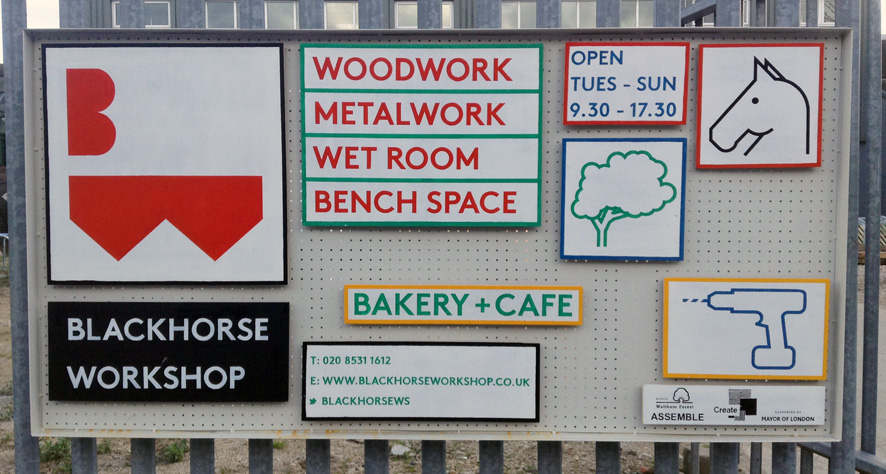 Based in an industrial building in Walthamstow and founded by architectural practice Assemble, Blackhorse Workshop opened in early 2014. Describing itself as a ‘new public space dedicated to making and mending’ it offers facilities for artists, designers, makers and the wider community, supports enterprise and business development, provides training and offers fabrication services and 1-2-1 technical advice. The ground floor houses the workshops, bench space and a café and on the first floor they have open plan co-working space aimed at new maker startups. They open six days a week.

Their fully equipped wood and metal workshops are publicly accessible and, after an initial induction, you pay to access facilities for anything from half a day to twelve months. They also offer a range of short courses in subjects from basic DIY to welding, guitar making and leatherwork which are often led by specialists from industry whose expertise supplements that of Blackhorse’s in-house technicians.