The Glasgow Print Studio supports printmaking in terms of production, display and education. 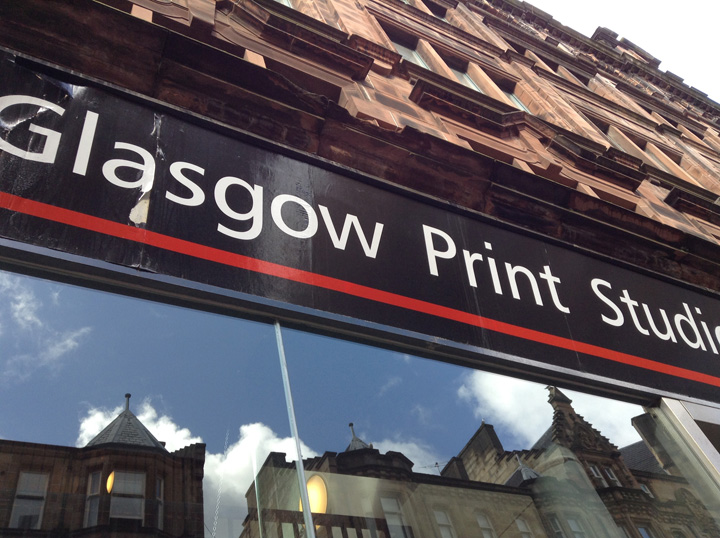 Established in 1972 in the basement of a house by recent graduates and Philip Reeves who at that point was the head of the School of Art. Initially a co-op within 5 years it became a charity, appointed a Director, moved to premises on Ingram St and established a gallery. In 1983 the current Director, artist John Mackechnie joined at which point a membership structure was established and they shifted from poster production to art sales and editioning. In 1988 they moved into premises, which were subsequently re-developed into Trongate 103 a centre for the arts and creativity in the heart of Glasgow’s Merchant City. Their facilities are set over three floors and include a street level retail gallery, exhibition space, framing service and workshops. They receive public funding from Creative Scotland and the City Council but generate substantial income from print sales and projects.

They support printmaking in terms of production, display and education and offer high quality, staffed workshops for screenprint, intaglio and relief printing alongside a digital imaging and print suite. They also have substantial plate/print prep space, an archive and a dedicated education space, which enables them to provide workshops and courses for schools, young people, families, adults and artists. Their membership currently stands at around 300 who pay an annual fee and then for access time. Staff assess competency and, if needed, members complete short courses in order to develop skills they need to work independently.

The Studio is part of a network of professional workshops across Scotland with facilities for printmaking at Edinburgh, Dundee and Aberdeen.