Edinburgh Sculpture Workshop is a centre for production, research and learning. 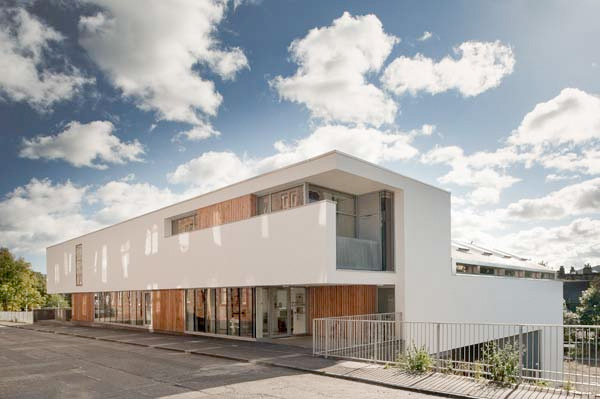 Established in 1986 by artists to create space to make work, meet other practitioners and interact with the public ESW now focuses on production, research and education. In 1999 they undertook a feasibility study into their future development and, having appointed a Director in 2003 and Development officer in 2007, secured £2.3 million from the Scottish Arts Council (now Creative Scotland) in 2008 for an architect designed new building.  Constructed on the site they have occupied since 1994, after this land was gifted on a peppercorn 125 year lease by City of Edinburgh Council in 2003, the 1739m2 (18,718 ft2) Bill Scott Sculpture Centre opened in 2012.

In 2010 they were awarded the Arts Funding Prize for Edinburgh. Funded by anonymous donors and worth £3 million this supported the second stage of the capital development, which will see their old building knocked down and replaced with the Creative Laboratories a mix of indoor and open-air workspaces around a central courtyard. Together with the Sculpture Centre, the facility will create a vibrant cultural hub of benefit to the whole city.

The Bill Scott Sculpture centre houses 22 artists’ studios, two short term studios, two residency flats, a bookable project space, a multipurpose education space alongside metal and wood workshops, a kiln, exterior stone carving facilities, and general making space. All studios are 5m3 but much of the building is flexible meaning internal walls can be reconfigured as appropriate in the future. Non-studio holding members can access the workshops, which are open and staffed 6 days a week, paying for access by the day on top of an annual membership fee.