Building BloQs is a collaborative work place founded on principles of practicality and sociability. 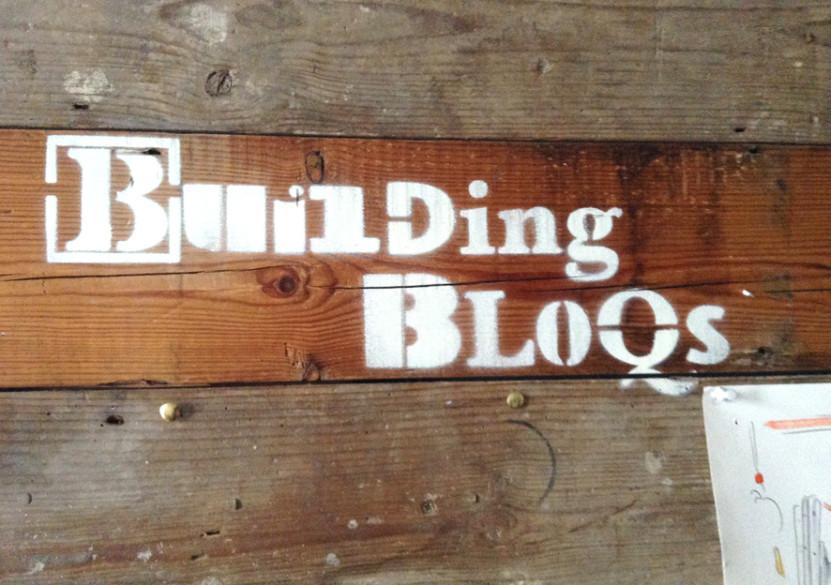 Building BloQs moved into their 11000 ft2 building on an industrial estate in Enfield in September 2012. Set up by four established makers whose aim was to create a sustainable hub where different professional users and skillsets could come together to contribute, share and build a community of makers, a co-working space for the ‘hands on’. Building BloQs is a collaborative work place founded on principles of practicality and sociability. Their philosophy is simple – together they can do more.

The organisation was built on personal financial investments by its founders and considerable ‘in kind’ support. Having taken on the lease of their building they have developed the space over time and now have a 340m2 workshop with facilities for woodwork, metalwork, auto repair and spraying/finishing alongside general making space. Additionally they have ShowBloQs, a hireable events/studio space and a café, whose glass wall made from double glazing units, allows you to see members a work while enjoying a coffee. Their focus is mostly on professionals with existing skills and they do not currently provide formal technical support as part of the membership. When we visited in April 2014 they had around 120 members who buy credits, which translate into time. They recently launched Made@BloQs, a ‘job agency’ that seeks to connect members with creative work opportunities and are hoping to begin running courses.